His reports give background of some of area’s most notorious killers.

All four were recently convicted in those crimes, and they also share another thread. All of their cases have ties to Richard Luciani, a self-employed social worker who advocates for the criminally charged – some of whom have committed terrible crimes.

Luciani prepares extensive background behavioral reports for defense lawyers to use in their pre-sentencing pleas for leniency on behalf of their clients. He also makes arguments against seeking the death penalty, as in the Holmquist case in Auburn, and he prepares some parole release reports.

“You’re not trying to offer an excuse for the behavior or trying to justify that the crime was inevitable,” he said in a recent interview.

“It’s really just to offer information about your client and hopefully offer an explanation that is acceptable to the court as to why the crime perhaps happened.”

With that in mind, Luciani digs into a defendant’s personal history with the persistence of a plucky private detective. He puts in dozens of hours interviewing the defendant, his or her families, teachers and employers, or anybody else who can shed light on any shortcomings in his client’s behavioral development.

Luciani also gathers any relevant records, such as educational, mental health and previous criminal history, to round out his investigative reports.

More often than not, he finds his clients have a combination of alcohol and drug abuse, or mental illness and learning disabilities. Some of them were also abused and neglected growing up. 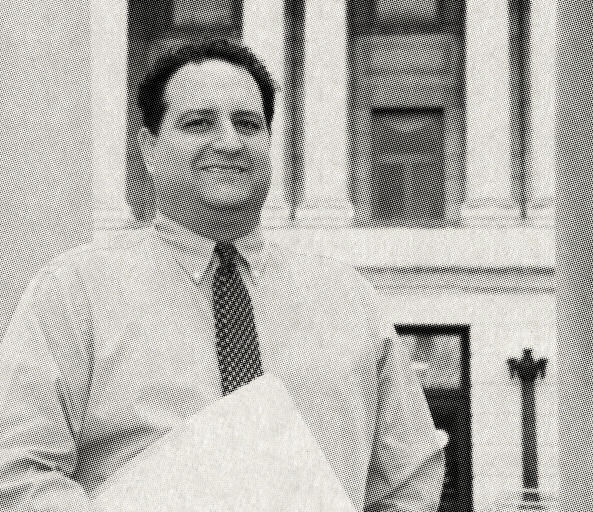 lawyers he works alongside.

“He gets all of their background, their history ... to bring together what the whole person is now. Any time you can show a judge the entire picture of a person, it sheds a different light,” said Randi Juda Bianco, the Syracuse lawyer who defended Clark.

She and Luciani collaborated on a pre-plea investigative report on Clark, who admitted in July to the 1992 murder of Cazenovia teenager Sean Googin.

The report documented Clark’s long history of mental illness and was instrumental in getting him a plea bargain offer of less than maximum imprisonment, Luciani said. Last summer, Clark was sentenced to 23 years to life imprisonment.

In between, he completed internships in which he helped convicts in New York City find

housing, counseling and ways to further their education. Later, he did paralegal work at the Syracuse Law Clinic.

The internships “worked well with my education in social work and my general interest in criminology. It was kind of a natural fit for me and I’ve been doing it ever since,” said Luciani, who is married and has a teenage daughter. The family lives in Syracuse.

From 1985 to 2001, he was employed by the Center for Community Alternatives in Syracuse, preparing independent pre-plea and pre-sentence reports for defendants.

He held a project director’s position before he went on his own in November 2001.

Over the past year, he has worked on about 40 non-capital crime cases and six capital cases. Local tax dollars pay his fees in about half of the non-capital cases, and the state reimburses him for the capital crime work. He typically charges $50 to $100 an hour, but has never refused a case for lack of money.

“He works well on a team,” Bianco said.