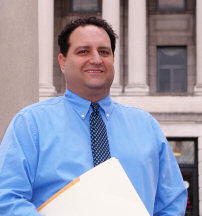 As a sentencing, parole and mitigation specialist, few compare to Rick Luciani in terms of education, experience and overall diversity of work practice.

Ivy-league educated at Cornell University with a post-graduate degree in social work from Syracuse University, Rick has skillfully applied his academic knowledge to his work as an advocate for those involved in the criminal justice system.

His over 25 years of experience in the field of sentencing and parole advocacy enables him to draw from the thousands of cases he has been involved with to offer creative and compelling case-specific advocacy in the form of individualized reports and memoranda.

And with a practice which encompasses sentencing work in both State and Federal courts; parole release proposals; mitigation work in over 20 capital cases; and additional post-conviction work inclusive of various forms of advocacy in Department of Corrections’ matters such as prison transfers, specific programming, work release and SORA cases, Rick’s wealth of knowledge and experience is unmatched in criminal justice circles, particularly in New York State.